Three Crucial Rules For Backing Up Data in a Business

Data backups play a crucial role in protecting businesses from the consequences of hardware failure, theft, hacking, fires, and natural disasters. Mistakes can also cause companies to lose important files. A survey found that almost half of small firms have suffered accidental data losses. To conduct successful backups, https://searchstorage.techtarget.com/blog/Storage-Soup/Survey-finds-companies-disaster-recovery-testing-is-inadequateit’s vital to follow these rules:

1. Copy the original files at least twice. This will greatly reduce the likelihood of total loss; three devices would have to be stolen, destroyed, or hacked at the same time. Nevertheless, such a catastrophe may still occur if you store all three copies in the same building or connect them to a single network.

2. Place one of the copies in an offsite facility. A fire, earthquake or severe storm may ruin every backup device in your office. Nearby buildings provide somewhat safer storage locations, but they could also sustain damage during the same event. At a minimum, put one backup in a fireproof container and keep it in a separate structure.

A storage locker or safe deposit box will supply better protection. Remember that extreme temperatures can damage media; be sure to use a climate-controlled facility. A regional disaster could destroy backups located in the same city or state. You can avoid this problem by using a cloud-based storage service that sends files to faraway data centers.

3. Put each copy on a separate device. Backups on the active hard disk will help if you accidentally delete files, but they won’t make a difference when hardware fails or suffers damage. Consider using a variety of media. A few desirable options include tapes, external hard drives, and cloud services. Compact discs and USB flash drives only work well if you have relatively little data.

A benefit of remote cloud storage is that you won’t need any special hardware. However, a criminal could potentially infiltrate your account after hacking into office computers and intercepting access credentials. The same goes for any backup media connected to a PC or network. A virus might simultaneously destroy the original files and copies. It makes sense to keep one backup entirely offline.

Even when storage media remains separate from all other devices, someone could steal it and misuse or sell the data. Your company may face lawsuits, bad publicity, and disgruntled customers. A director at Online Tech recently explained an effective solution, saying “A full-scale backup with encryption of the data at rest and in-transit will prevent unauthorized users from gaining access.”

Just about any company has the resources to create multiple copies and put the data on separate storage devices. Unfortunately, many firms focus on other priorities and fail to plan ahead. It remains somewhat more difficult to find an affordable, secure offsite location for your files. Costs vary considerably depending on the amount of data. 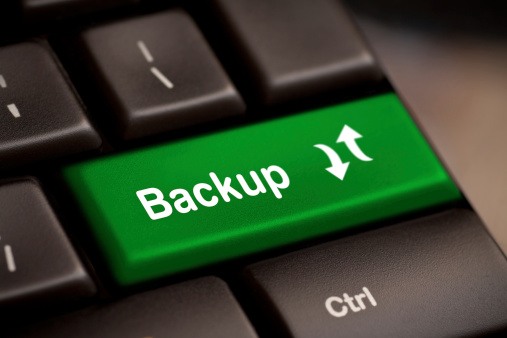 After deciding how to create and store backups, it’s crucial to test your system regularly. According to TechTarget, about one out of three companies conduct few or no tests. This can result in disaster when they try to restore data but the storage media has failed. Don’t forget to confirm that your staff or automated software is actually making backups on schedule.

Basically, companies achieve the best results when they keep multiple encrypted backups in at least two locations and thoroughly test their recovery systems. Businesses trust {company} to inform them about today’s most important technology news and tips. To learn more, please call {phone} or send a message to {email}.