Are We In Another Tech Bubble? 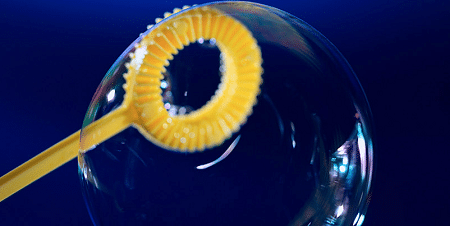 It’s easy to get a feeling of deja vu nowadays.

Every week delivers big news of another tech IPO. We hear about super-sized valuations for businesses that haven’t turned a profit. Sounds familiar doesn’t it? It has a certain late 1990s flavor.  Are we experiencing another tech bubble? A reprise of dot-com mania?

If you’re foggy on the meaning of tech bubble, here’s Investopedia’s definition:

“Tech Bubble – a pronounced and unsustainable market rise due to increased conjecture in technology stocks. A tech bubble is highlighted by rapid share price growth and high valuations based on standard metrics like price/earnings ratio or price/sales.”

So should we be concerned? Is history doing it’s thing again — repeating itself?

You may think so when you scan headlines. Let’s go through the list of recent and impending IPOs that have made news lately: LinkedIn.com, Pandora.com, Groupon.com, Zynga.com, Twitter.com, and Facebook.com.

Are investors irrationally exuberant about these businesses? Perhaps. Consider that Pandora and Groupon aren’t profitable. LinkedIn posted its first profit ($12 million) last year. Twitter has managed to generate a little net gain, nevertheless the social network is still trying to find a long-term moneymaking technique. On the plus side, Zynga and Facebook, which are anticipated to go public soon, are pocketing big profits.

(But is the maker of Farmville really worth several billion dollars?)

What about the businesses that aren’t making much or any money? Are investors crazy to pour money into them? Maybe, maybe not. Remember, profitability today is not the same as profitability down the road. Amazon.com didn’t post profits until 2004 — nearly 10 years after launch. But now the organization takes in money by the truckload. Last year the Amazon’s net income exceeded $1 billion.

So who knows, maybe Twitter will find a way to parlay its big user base into a moneymaking machine, a la Google and Facebook.

If you’re concerned, you might find comfort in Jolie O’Dell’s recent Mashable column, which points to some important variations between the today’s tech climate and the dot-com era. For starters, the amount of tech IPOs in 2011 (25 so far) pales in comparison to 1999 (308), the height of the dot-com bubble.

Another difference is quality. In 1999, you could take a vague idea, write a half-baked business plan (or not), and somehow convince investors to throw money at you. This year’s crop of IPOs are extremely buttoned up by comparison.

But there’s still reason to fear a bubble, even if things have evolved since 1999.

If Limp Bizkit stages a comeback, I suggest hitting the panic button.